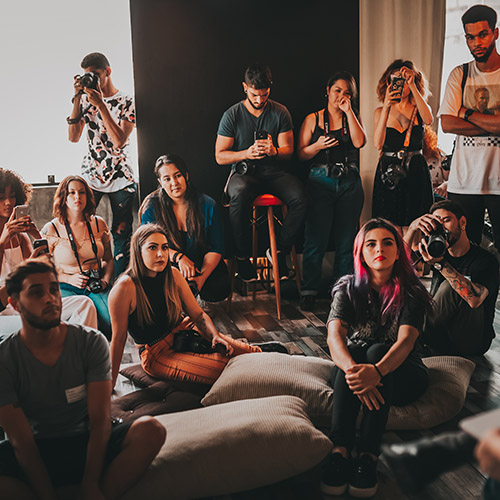 Does being rich secure that your kids will be rich, does being poor secure that your kids will be poor? Who controls your future? Well statistically, studies have proven that the rich are born into being rich and the poor are born into poverty or even that the rich can reach poverty and can’t figure out how to get out of it.  Being rich is easy, staying rich is work.  Being poor is easy, staying poor is even easier. But remember that there are levels to being rich and poor.  In spirit you can be rich in peace of mind beyond anyone who has ever achieved a level of monetary wealth that most of society adorns to achieve. Consider the following:

Mahatma Gandhi was put into jail more times than most of us would ever care to consider into our lives. He was put in jail because of his non-violent protests against the British control of India. But he never gave up, and he never crossed the boundary to violence.  His drive and perseverance caused him to realize his goals successfully as he awoke the spirit of his people and helped create a climate of independence which was realized in 1947.

Oprah Winfrey grew up in poverty and lived a lifestyle early in life that most people would shake their head at as she gave birth to her first child at age 14 (and lost her child).  She had few resources available to her, but her drive and unwillingness to give up got her to the position she is now as one of the world’s most respected and influential people in the world.

Jesse Owens developed and utilized his physical abilities to create success despite experiencing racial discrimination in the US during a time when racism and segregation was acceptable. Owens became a global icon at the 1936 Berlin Olympics by winning the Olympic gold in the 100 meters.  Through his drive and perseverance to show that blacks and Americans are NOT an inferior race, Owens helped to demolish the myth of Hitler’s Aryan superiority theory.

Tom Cruise grew up in near poverty and survived in a family that was dominated by his abusive father. Tom Cruise was beaten by his father, who as Cruise describes taught him “a great lesson in my life–how he’d lull you in, make you feel safe and then, bang!…” Tom Cruise moved on in life to become one of the most influential people in the world.

Fredrick Douglass was born into slavery, violence, and separation from his parents; and instead of taking a seat and accepting the circumstances life has thrown at him Douglass taught himself to read and write and demolished the idea that slaves did not have the intellectual capacity to function as independent American citizens.

Rosa Parks, Thomas Edison, and many more are prime examples that no one controls your life, abilities, and success beyond yourself.  Growing up in a difficult home and facing various forms of adversity, Darnell Thompson followed in the footsteps of these great people who made the choice to overcome obstacles in life rather than succumb to them.  Great people such as Mahatma Gandhi, Rosa Parks, Oprah Winfrey, Thomas Edison, Jesse Owens, Tom Cruise, Fredrick Douglass, and many more[1] served as silent mentors for Darnell Thompson who morphed himself into the globally known Fit Flash (@Fit_Flash).

Fit Flash’s adversity didn’t stop at home; it was also experienced in his Catholic Church. He grew up in the Catholic Church where he noticed his local pastors misleadingly “curing the plague by placing his hand on my mamma’s forehead and throwing her back causing her to fall as if she fainted and was awaken renewed in the Holy Spirit”.  This level of deceit stemming from even a safe place like the Church he grew up in caused Darnell Thompson (aka Fit Flash) to steer away from the religion he was born into. His religion was taught to him through his life experiences and certain members of the community that helped shape his mind and abilities.

There’s no denying that Jesus Christ actually existed.  And even Jesus Christ as a human being was born into adversity and persevered through it. Whether or not you believe in religion, it is undeniable that Jesus Christ was a human living on earth and is acknowledged not only by Christianity, but by many other religions, including Judaism, Buddhism, and many more. Whether or not you believe in any religion, it is undeniable that Jesus Christ existed and faced some of the most difficult odds that a human can face and was put to death because of those odds.  He became the ultimate example that your drive can help you achieve great limits.  Jesus Christ became the Father figure of the world in Christianity. Darnell Thompson subconsciously and consciously followed the words and examples of Jesus Christ by setting goals, achieving those goals, utilizing his skill set to advance his life and career beyond the statistical averages, and along the way helped to support and elevate many others allowing them to succeed at tasks they never thought they were capable of, or, in some cases, had just given up on achieving.  Darnell Thompson used his childhood to strongly influence his views on pursuing opportunity, not giving up, compassion, and the spiritual attainment of connectivity between the mind and body. Darnell Thompson is a firm believer that “luck doesn’t just happen, for the most part it is created by you, the ultimate responsibility for success in life and the limitations that holds a person back begins and ends with your internal drive and are completely controlled by me” says Darnell Thompson. Only you can control you, and the willpower a person is given by God can be the tool used to achieve any level of success a person desires.

“Adversity, poverty, and life circumstances are no excuses for failure” says Fit Flash who is a firm believer that adversity builds character and overcoming odds is just another way to achieve success.  It is through adversity that your character is tested and your truth is determined. Will you give up, turn to drugs or other criminal conduct, or quit, or will you turn your goals into a drive that will break through the walls of change like a semi-truck can break through a chain-link fence.

The point for Fit Flash is that there is a HUGE difference between having a ‘drive” in your life versus being “motivated” in your life. Motivation fades, especially in times of adversity. Motivation can be broken and is usually derived from a temporary goal that is created by a desire in a person’s current life circumstances. Having “drive” or being “driven” is harder to break and the flame is harder to extinguish because it is your lifestyle, it is what causes you to move forward and live explains Fit Flash. Don’t live your life only by motivation, but change your mindset and become driven to a goal. Darnell Thompson’s goal was to become a professional basketball player, to be famous, and to help others along the way realize that being a victim is a mindset, not a circumstance of life. “You can look at failure as a reason to quit, or you can look at failure as learning experience on what to change” says Fit Flash. Money is not the driving factor in Fit Flash’s life, but instead certain character achievements hold a higher level of spiritual attainment for him. “Watching others smile because I helped them achieve a goal they didn’t think was possible is what it is all about; lead by example” Fit Flash says.

Darnell Thompson reads regularly to exercise his mind just as he works out daily to exercise the body.  He combines the two to advance his own spirituality. God and Jesus Christ’s teachings mean something different for him today than it did to many in the day of old.  Darnell Thompson was one of many who grew up Catholic but grew away from religion because of its hypocrisy and teachings that were extremely different and distant from his own life experiences, and much different than his own beliefs. Darnell Thompson was fortunate to find the support of his coaches who helped guide him to focus on his studies and athletics which led Darnell Thompson to receiving a scholarship to college and to graduate with honors. Darnell Thompson realized his childhood dream of becoming a professional basketball player early in life when was recruited to playing professional basketball on an intercontinental level. Even after college Darnell Thompson continues to enhance both the body and mind by reading for the benefit or educating himself, learning foreign languages to enhance the mind, as he continues to develop his fitness skills and helps teach large groups of people how to attain a spirituality that is achieved through activities in fitness bringing you closer to Oneness with God and the person of Jesus Christ.  He sees the traditional like an antique, it is valuable and nice to look at but not useful in today’s world, it sits on a shelf as a reminder of the past with little to no actual functionality or usefulness today other than a reminder of the tradition. Just as the idea of abolishing slavery and accepting diversity in race viewpoints in government enhances the liberty of all Americans so does the idea that diversity in religion and beliefs and what drives you enhances the liberty in each person to create freedom around the world.

Darnell Thompson believes that just like technological and fashion advancements, and evolution, so shall the teachings of Jesus Christ evolve for the benefit of a modern society.  Why lose religion altogether when it can be attained with a simple change in the way scripture is taught or the context in which it is understood. Darnell Thompson has taken his knowledge of health and fitness and for greater than 2 decades has devoted himself to assisting and supporting others to a more enriched embetterment of oneself through fitness.

It is through his fitness that he came to co-found The Church of Fitness and Nutrition. Darnell Thompson has a drive that keeps him achieving different levels of success on a daily basis. He is one of the heaviest people to do calisthenics and control his body in a way that very few, if anyone, can do at over 230 lbs. Graduating from athletics at a professional and international level, Darnell Thompson (aka Fit Flash) continues to grow and motivate on an international level in person and through his Instagram account @Fit_Flash.  He does not hide from his followers, but instead interacts with them regularly and responds to private messages sent to him by many followers. He helps to guide his followers through his example. His goal is to be an example of possibility for others irrespective of a person’s upbringing and in some cases to help followers fight through their own internal evils and lack of confidence in their ability. “Message me” Fit Flash says, “my challenge to the public is that if I can’t motivate you to succeed and attain a higher level of achievement in the mind, body and spirit then I’ll do 10 push-ups for every person that comes forward that doesn’t achieve triumph over their own adversity, that’s 100 push-ups for every 10 that I can’t help, 1,000 push-ups for every 100 I can’t help.  But I’m not worried, because I’ve established a following that evidences my ability to help others. I’ve been doing it for years and will continue to do it. Take my challenge as an opportunity and come forward and let me help” Fit Flash said as he ended his interview on the subject of his success, a behind the scenes look.